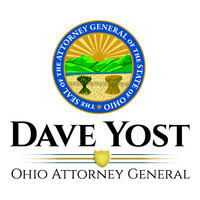 Join the Twinsburg, Solon and Aurora Chambers of Commerce for a legal update from Columbus with Ohio Attorney General Dave Yost.

Attorney General Yost's mission is to protect Ohio's citizens while aggressively fighting corruption across the state.  Battling the state's opioid epidemic is a major focus for his administration. 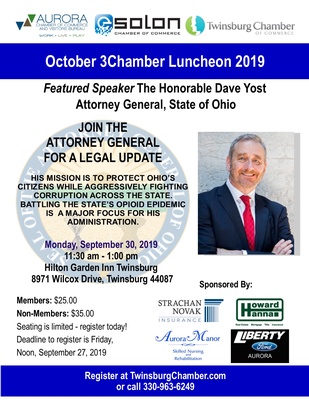 2020 Program Calendar
Click Here for the Save the Date Listing